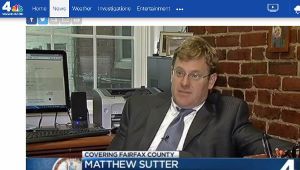 What is Wage Theft?

Wage Theftis the nonpayment or under-payment of wages.

What are the federal laws prohibiting Job Discrimination?

There are other federal laws prohibiting employment discrimination and retaliation and some state and local regulations may apply.

Can I sue for a Hostile Work Environment?

Verbal or physical conduct based on race, color, religion, sex, national origin, age, disability, or retaliation, may amount to unlawful harassment. If the conduct is sufficiently severe or pervasive to create a hostile work environment; or if a supervisor’s harassing conduct results in a tangible change in an employee’s employment status or benefits (demotion, termination, failure to promote, etc.), there may be a right to sue.

My boss says I’m a contractor. Does that mean I cannot get overtime pay?

Even "contractors" can be entitled to overtime pay. How your boss labels you may not matter under federal law. Accordingly to the Department of Labor, the factors that a court will consider are: 1) The extent to which the work performed is an integral part of the employer’s business; 2) Whether the worker’s managerial skills affect his or her opportunity for profit and loss; 3) The relative investments in facilities and equipment by the worker and the employer; 4) The worker’s skill and initiative; 5) The permanency of the worker’s relationship with the employer; and 6) The nature and degree of control by the employer.

Does my employer have to pay me overtime and my “fringes” on government funded projects?

Yes. Recently a federal appeals court ruled that when the FLSA requires overtime be not less than one and one-half times the regular rate at which the worker is employed, the ‘regular rate’ to be used for this calculus is the rate set forth under the Davis Bacon Act. See Jorge Amaya v. Power Design, Inc., 15-1691 (4th Cir. 2016)

This information is provided by a Fairfax VA employment lawyer. Our firm handles cases involving discrimination, retaliation, harassment, wage and hour law and EEOC claims. We assist those who have been harmed at work and seek compensation. We regularly represent employees who have suffered racial discrimination, sexual harassment and or have otherwise suffered unjustly at work. Case result summaries below are for informational purposes only, and good results in the past do not guarantee good results in the future.